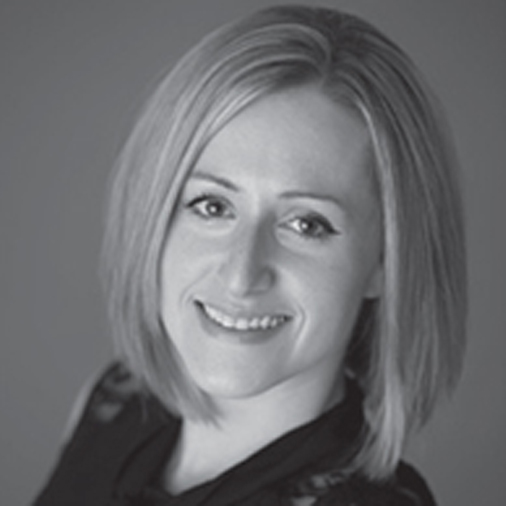 Natasha Goudreault is the proud owner/director of BTS Dance Corp.

Natasha started dancing at the age of 6 at Annemarie's Dance Academy, studying B.A.T.D syllabus, and R.A.D Ballet. She soon realized dance would be a major influence in her life. Natasha competed at national and international levels, winning many titles in various disciplines. She has been teaching dance since the age of 16 at various studios in Southern Ontario. She earned her B.A.T.D teachers accreditation at 16 and became a member at the age of 20. In 2008 Natasha moved to North Bay starting her journey with Barbara Treleavens School of Dance. Soon challenging and earning her C.D.T.A teachers exams in Tap, and there after her Ballet, earning her teachers qualification.

Natasha is recognized for her tap creativity and choreography, winning many prestigious awards. Students enjoy her passion for dance, and pleasant teaching style. Using her technical knowledge and competitive experience, Natasha trains children for exams and choreographs for competitive students. 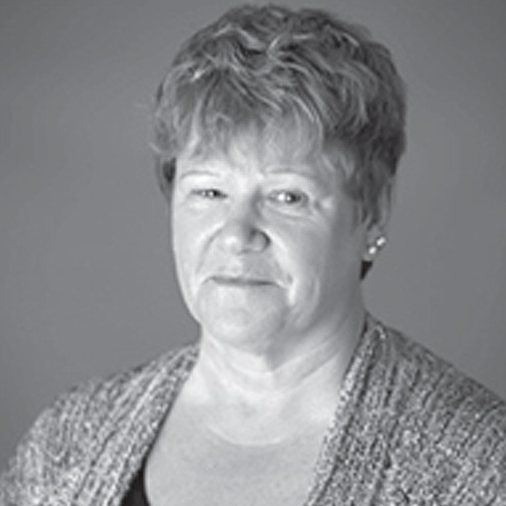 Denise is highly respected as the former Director of Barbara Treleaven’s School of Dance, master teacher and choreographer.

Denise has dedicated her life to her students as well as promoting dance in the community. She is the founding Artistic Director of The Performers Youth Dance Company and has many graduate students who have successful careers as professional 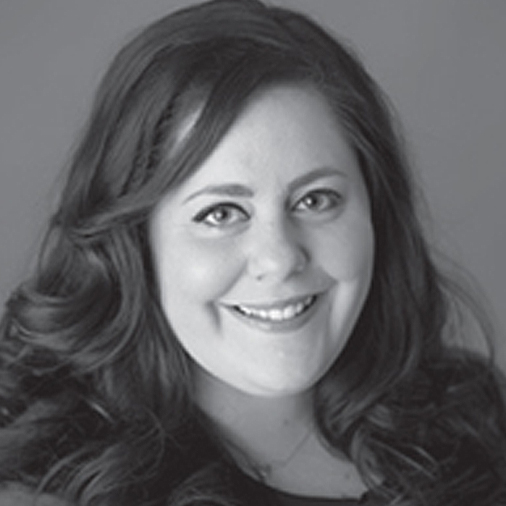 Miss Amber has returned to teach at BTS dance after training and teaching in Toronto, Edmonton, and Australia. She trained in Toronto to obtain her Bachelor of Fine Arts in Dance and Bachelor of Education. Amber also has her Masters of Education and is a Teacher in the NNDSB. Amber is a well rounded teacher with additional experience in vocals and theatre. 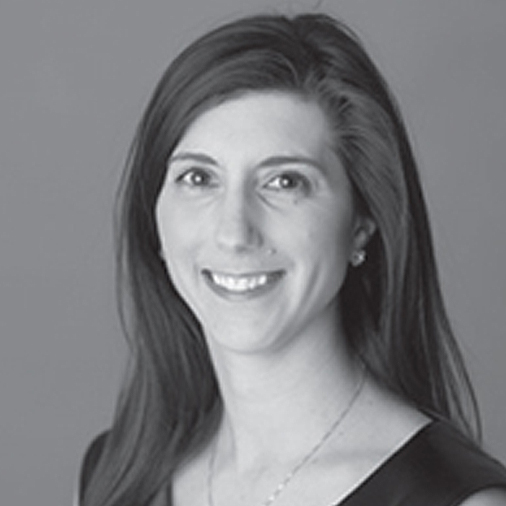 Miss Hollie has a love for teaching children & hip hop. She is a FIS (fitness instructor specialist), and a C.D.T.A member (Ballet), with over ten years experience at BTSD. She has become a valuable member of our staff. Hollie was instrumental in starting our “Christmas Spirit” community shows that are always appreciated. 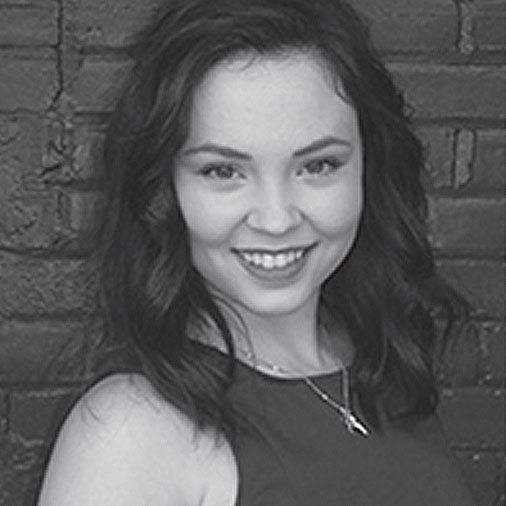 Miss Macey is a Performer alumni, recently graduated with honours from the Performance Dance Studies program at George Brown College under the direction of Derek Sangster. She has also completed Kenny Pearl’s Emerging Artists Intensive Working with Gadfly and Ryan Lee, as well as ProArte Danza’s Sumeer intensive.

Miss Macey just completed Decidedly Jazz Danceworks in Calgary and returning to BTS Dance Corp and bringing all her experience to further educate our dancers as a main instructor and choreographer. 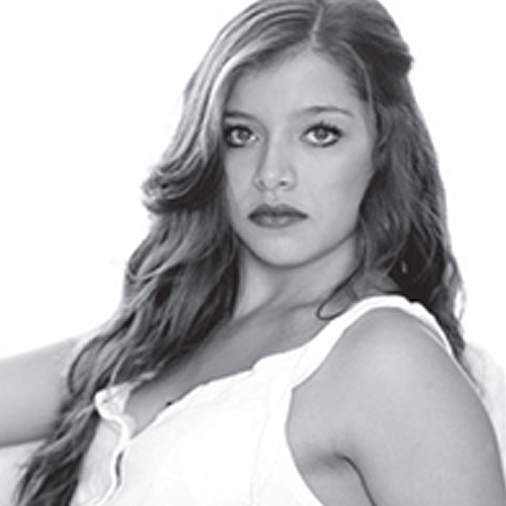 Miss Triana is a C.D.T.A member (Tap), with many years of dance experience from being a past competitive dancer with the Performers Youth Dance Company, to dancing on the Nippissing U Lakers Dance Pak through her undergraduate and graduate degrees. Triana has her Honours BA with specialization in psychology and a Masters of Education. Miss Triana’s love for dance doesn’t go unnoticed with her enthusiasm within the studio. She teaches all styles from tap to ballroom to dancers of all ages. 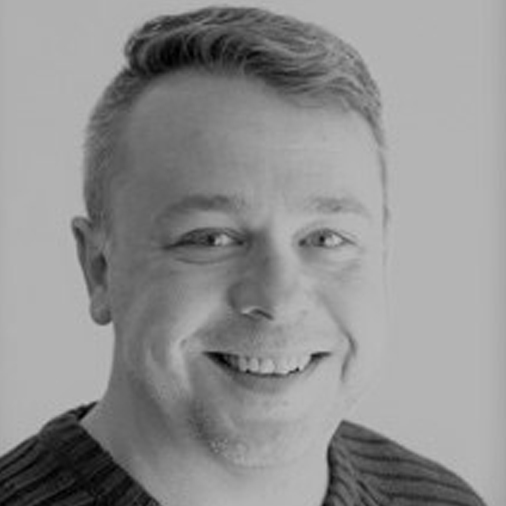 Mr. Scott is a Performers Youth Dance Company alumni and is happy to be back “home” teaching dance and sharing his passion for the arts. He started his dance training in North Bay and went on to study at Ryerson University. Scott has had the pleasure of guest teaching and choreographing at various studios, schools and community groups over the years. Scott hopes to help others find a positive, healthy and supportive path through life with dance. 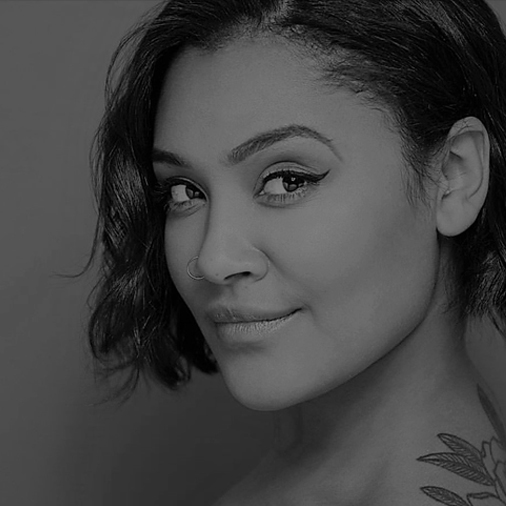 Desirrea is a dance teacher and choreographer at BTS Dance Corps in North Bay, ON. For 8 years she has taught and trained students in the community. She recently attended Ryerson University's Theatre: Performance Dance program in Toronto. Desirrea has worked with local and international choreographers learning from some of the most well known dancers in Canada and abroad. Desirrea is a BTS alumni, having been trained there from the age of three, and completed the CTDA primary to advanced exams. Above all, Desirrea loves to see dance and the arts bring students of out their shells, and push them towards their goals. 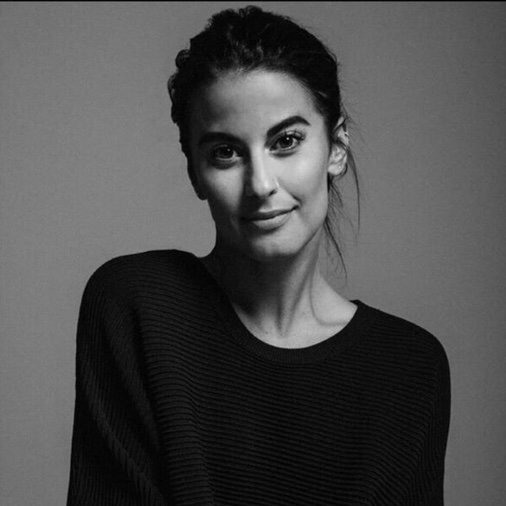 Mindy Conto, a native of North Bay, Ontario, discovered her love of dance at the age of ten. She immersed herself in training and studying all dance disciplines with dedication and enthusiasm and is devoted to encouraging the same in her students always. She is an accomplished performer, instructor and choreographer who brings passion, creativity, and inspiration to dancers across Canada.

Mindy's talent and professionalism has taken her all over the globe, and she has had the opportunity to dance with some of the world's most popular artists. Mindy has danced back up at the MMVAs with Hedley, PSY, Kardinal Offishall Featuring Akon, Hiliary Duff and Bow Wow. Her extensive list of touring and stage performances include Destiny’s Child, Aaron Carter, Shawn Desman, Carly Rae Jepsen, Fefe Dobson, Aleesia, Shiloh, Eva Avila, Suzie McNell, Dave Armstrong, Redroche featuring H boogie, Kreesha Turner, Neil Young and backup for Massari's World Tour travelling across the Mediterranean Sea and the west of India.

In addition to performing in several commercials for Esquire & Movado Watches, Mindy appeared in the feature film "Honey", starring Jessica Alba and in the ESPN drama television series "Playmakers" with Omar Gooding. Mindy has won numerous awards for her innovative choreography in the competitive scene, and as former dance captain of the Toronto Raptors Dance Pak, she has crafted several routines for the NBA and for other major sporting teams across Canada. Recently, she had the chance to offer her incredible talents in choreography to a spectacular fundraising Gala event for the ChildLife Department at the Toronto SickKids Hospital.

Newly, Mindy has found herself touring in Australia as an adjudicator, providing valuable critiques and judging several hundreds of dancers during their competitive dance season down under. Mindy knows that perseverance, dedication and hard work are key to achieving ones dream

Pippa is an alumni of BTS, and has had excellent training at the National Ballet of Canada from ages 9-15 years. She is passing her knowledge on to her students and has been praised for her artistic expression in her unique choreography. Pippa is a member of the CDTA Ballet division and has trained dancers successfully for all exam levels. Pippa is also a teacher/vice principal in the school system enriching students lives in the classroom and at the studio. 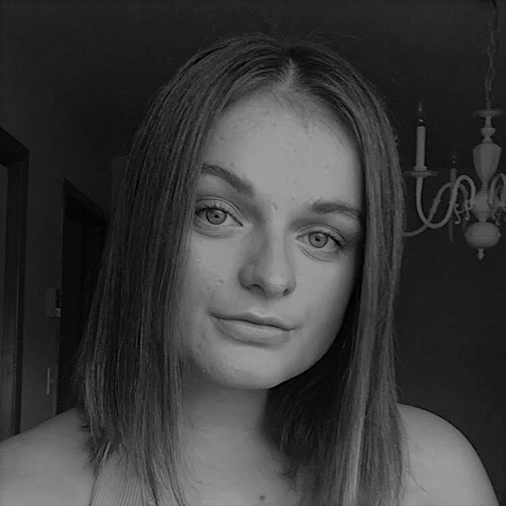 Katie has been a teacher with BTS for over seven years. An accomplished performer, choreographer, and member of the Canadian junior Tap team 2011. Katie has completed her advanced tap and ballet exams with Canadian Dance Teachers Association. Katie’s vast knowledge and skill set will inspire dancers to learn and enjoy dance as much as she does. 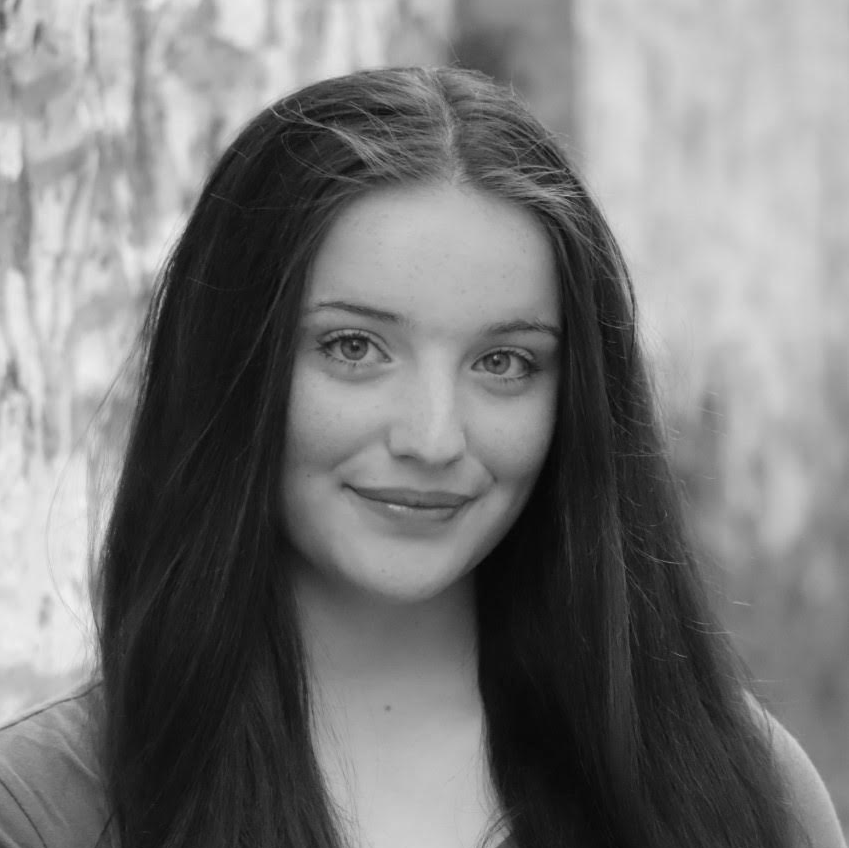 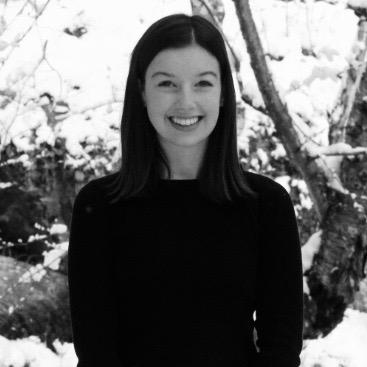 Miss Macy is a proud alumna of BTS/Performers and has been dancing since she was four years old. She attends Nipissing University, where she is the captain of the Lakers Dance Pak and is currently pursuing her Bachelor of Science in Nursing, with a minor in English Studies. Miss Macy has taught and choreographed dance at several local high schools, Nipissing University and for the International Baccalaureate program. She has won multiple choreography awards and is excited to continue to teach at BTS this year! 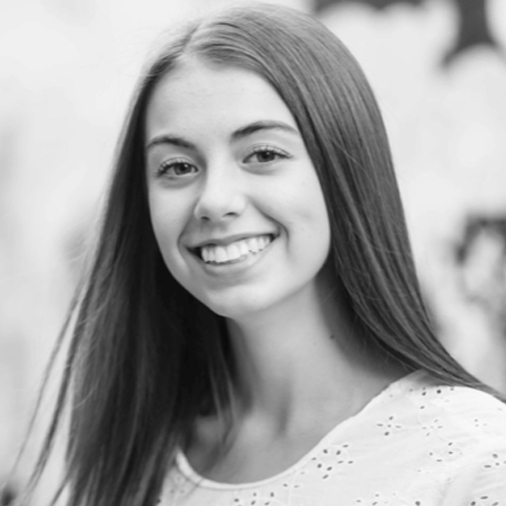 Miss Allison started dancing at the age of three and is an alumna of Performers Youth Dance Company. She completed both her C.D.T.A. advanced exams in ballet and tap while attending BTS Dance. In June she graduated Cum Laude from York University with a Bachelor of Fine Arts with Honours specializing in Dance Performance and Choreography. During her four years in Toronto, Miss Allison trained extensively in ballet, modern, and contemporary dance forms. She performed, choreographed and was a production crew member each year for iterations of York Dances and Dance Innovations. Most recently, her collaborated video dance work, Horology, was chosen to represent 2020-21 for the 50th Anniversary Festival of Dancing at York. She was a valuable member of York Lions Dance Energy varsity team as a dancer and choreographer. This fall she is attending the Schulich School of Education at Nipissing University to obtain a Bachelor of Education.

Miss Allison is excited to be home and become a faculty member at the studio. 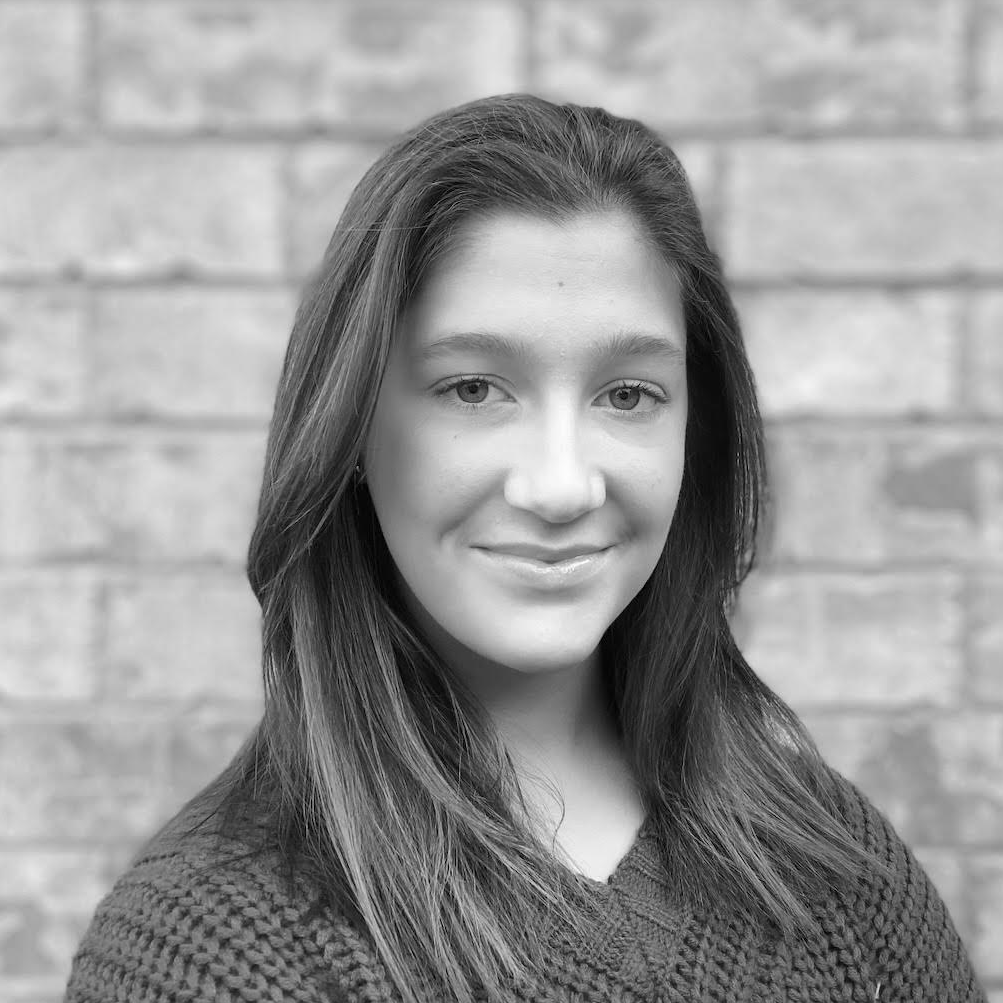 Émilie began dancing competitively in 2010. She is now a senior member of the Performer’s Youth Dance Company here at BTS Dance corp. Émilie has earned numerous awards and scholarships at competitions across Canada and in the United States. She was most recently made co-dance captain of the 2023 Five Star Dance Company which will be preforming in Mexico this coming season. Émilie trains in a variety of styles including Ballet, Jazz, Tap, Hip-Hop, Acro and Contemporary dance. She is dedicated to her craft and is passionate about instilling a love of dance in the next generation of students here at BTS Dance corp.

Natalie is an artist and instructor. She is a dedicated and certified dance teacher with over 15 years of experience specializing in acrobatics, gymnastics and circus arts. She is certified with The British Association of Teachers of Dancing (BATD), National Coaching Certification Program (NCCP) in Artistic and Rhythmic Gymnastics and Acro Dance Adjudicator with Acro Dance Teachers Association (ADA). In 2009, while studying her BFA in Dance and BA in Kinesiology and Health Science at York University, Natalie co-founded Hercinia Arts Collective. Her company focuses on interdisciplinary performance dedicated to the creation of contemporary circus works and she also runs a studio called Toronto Circus Collective which teaches aerial and acrobatics classes.

For the past 15 years, Natalie has collaborated with other artists creating original works, characters, performances for special events and festivals. She continues to curate Art Parties and has co-produced circus cabarets Circus Au Lait, Circus Du Poulet & A Spectable of Play. Natalie continues to be artistic director of her company while continuing to create and produce shows for special events, indoor/outdoor entertainment, festivals and buskerfests. She continues to teach at dance studios, private lessons, perform at events and adjudicate dance competitions.